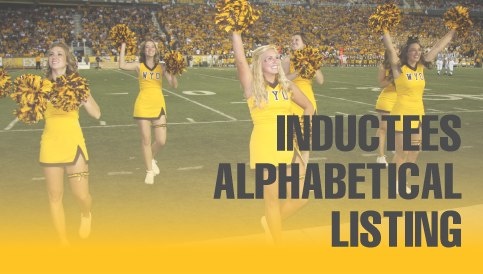 The dinner and induction ceremony for the Hall of Fame’s 20th class will be held on Friday, Sept. 14, 2012, at the University of Wyoming Conference Center & Hilton Inn Ballroom in Laramie.

A total of 123 individuals and 12 teams have been inducted into the Hall of Fame since its inception in 1993. Its plaque display is located in the concourse of the Arena-Auditorium.

The Hall of Fame Committee met earlier this month to make its final selections for this year’s class. The inductees must fit into one of five categories: student-athlete, coach, team, athletics staff members or special achievement. The special achievement category includes individuals who have contributed to the ideal of sports at the University. Each nominee must receive at least 75 percent of the committee’s vote to be eligible for induction.