One of the best hurdlers in UW history, Tom Garrison won five conference championships during his career. He won Western Athletic Conference championships in the indoor 55-meter hurdles once (1987), and twice won both the indoor 55-meter hurdles (1989 and 1991) and outdoor 110-meter hurdles (1989, 1990). In addition to his conference titles, Tom was an 8-time all-WAC performer and placed in the top three in the WAC in the 110-meter hurdles in each of his four years at UW. He twice qualified for the NCAA Outdoor Track and Field Championships and qualified once for the NCAA Indoor Track and Field Championships. He still ranks second all-time in the 55-meter hurdles, and is tied for first all-time in the 110-meter hurdles. During his career, he won the Howard Wood Relays, finished first at the Colorado Relays twice, and finished third at the prestigious Mt. Sac Relays twice. After completing his college eligibility, he joined the U.S. Army and was a member of the Army’s “World Class Athletic Program”. Following his military service, he was an assistant track coach at Wyoming and continued to compete on a national level, qualifying for the 1998 U.S. Indoor Championships with the 4th best time in the nation that year. 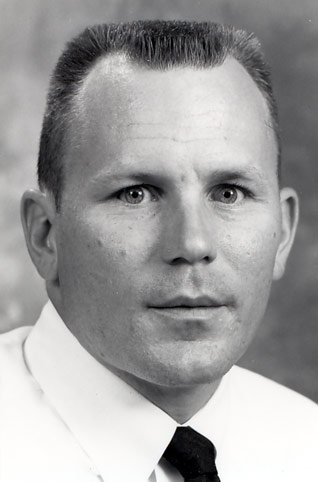