A two-sport letterman, Staale Engen excelled in both Nordic Skiing and Cross Country Track during his career at Wyoming. He won the national title in cross country skiing in 1972, and finished second nationally in 1971 and 1973. Earning All-American honors in 1971, 1972, and 1973, Engen led Wyoming’s ski teams to a third-place finish in 1972 and a second-place in 1973. In Track, Engen earned All-Conference honors in cross country and track in 1971 and 1972, participating in the 3000 meter steeplechase and the 1500-meter run. He once held the UW record in the 3000 meter steeplechase, and competed in the 1972 NCAA Outdoor Track Championships. Engen was honored with the Admiral Land Award as UW’s top student-athlete in 1973. He also spent time as an assistant track coach at Wyoming. A native of Drammen, Norway, Engen was a four-time Norwegian champion in track and won the King’s Trophy as the best Track and Field athlete in Norway in 1970. Engen also contributed to UW’s success by recruiting other top Norwegian skiers and runners to attend the University. 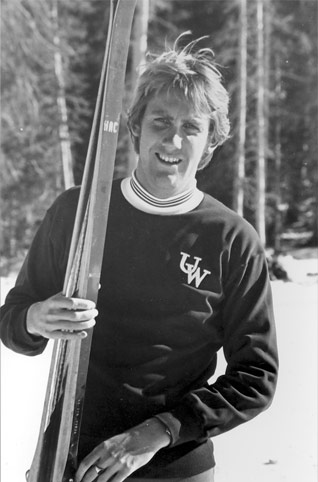