A native of Cutbank, Mont., who attended high school in Casper, Wyo., Karen Sanford Gall specialized in middle-distance and distance running events at the University of Wyoming. She earned All-America honors in the 3000 meter run in 1982. She also earned AIAW All-Conference and All-Region honors in 1980, and was a part of the relay team that won the conference championship in the 4 x 800 in 1981. She still holds the Wyoming record for the Indoor 2000 meter run, and was a member of the relay teams that still hold records in the Indoor 4 x 800 relay and Outdoor 4 x 800 relay. She once held school records in the 880 yard run and the 1000 yard run, as well as the Indoor mile. Following college, she was a graduate assistant coach for the UW Track teams for a year, and continued as a competitive distance runner, racing in the Boston Marathon, New York Marathon, and Chicago Marathon, among other events. She is a four-time qualifier for the Olympic Trials in the Marathon (1992, 1996, 2000, and 2004). She also served as the Outreach Director of the UW Cowboy Joe Club in 1988-1989 and on the UW Alumni Board of Directors from 1992-96. 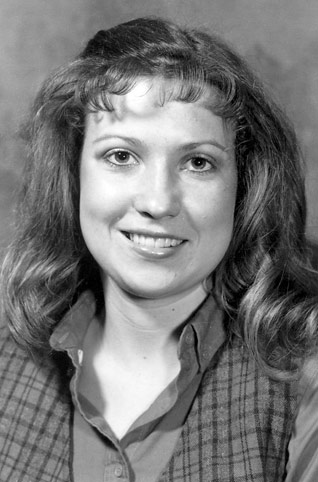