A great two-way player for the Cowboys, this fleet, miniature-sized tailback–he played at 145 pounds– led the team in rushing during both his sophomore and junior seasons of 1954 and 1955, averaging 6.1 yards and 4.9 respectively. Not only did he lead the team in kick returns during both seasons averaging 27.6 and 25 yards per return, but he also did the punting for Wyoming. Running out of the Phil Dickens single-wing offense, Jester gained 750 yards in 1954, and 696 in 1955. During that sophomore season of `54, he was ranked fourth in the nation in rushing. He and the Cowboys capped the `55 season with an appearance in the Sun Bowl (January 2, 1956) where they defeated Texas Tech, 21-14. He was an All-Skyline performer that season, leading the conference in rushing. Jester was on pace to break Sonny Jones’ three-year rushing record of 1,600 yards when he was called into military service and did not have an opportunity to play his senior season. Dickens, who brought Jester with him from Wofford College, called Jester, “the toughest, most wiry back I’ve ever coached, and one of the best small men in college football”. During his career in the Army, Jester played semi-professional football for the Hawaiian Rams, and played in the 1959 Hula All-Star game. 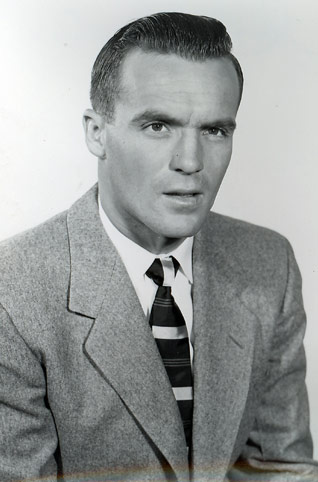