Willard “Dutch” Witte coached as many as four sports while at Wyoming during the 1930′s. A legendary basketball coach, Witte was known for his shy personality off the court, but as a fierce competitor on it. He coached the Cowboys to five Rocky Mountain Conference East Division titles and two outright conference titles. He compiled an outstanding career record of 134 wins and 51 losses over nine seasons. Witte’s most brilliant year came in 1934 when his Cowboys reeled off 20 straight wins– an accomplishment that has not been repeated — and finished the season with a conference championship, and a 26-3 record. The Cowboys were named the 1934 National Champions by the Helms Athletic Foundation, the only collegiate voting poll of the era. Witte produced Wyoming’s first All-Americans, as his starting five on the 1934 squad were named AAU All-Americans; Ed McGinty, Art Haman, John Kimball, Haskell Leuty and Les Witte. Under “Dutch”, the Cowboys won 52 consecutive games against Rocky Mountain East Division opponents in the Half Acre Gym. He also coached football for six seasons and compiled a record of 16-30-3. After coaching, Witte served as Director of Wyoming Athletics for many years and was a member of the National Basketball Association Rules Committee. 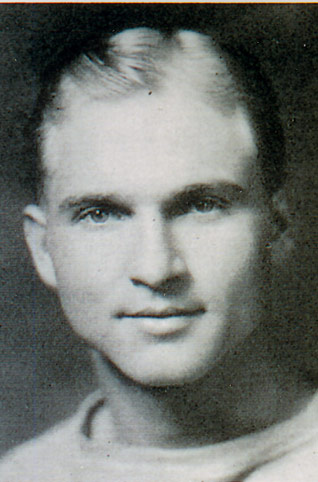