Wesley Maiyo claimed the first NCAA track title in University of Wyoming history as he ran the 1,000 yard dash in a time of 2:08.01 in the 1974 national championships.  The freshman from Kapsabet, Kenya, was the lone participant for the Cowboys in the Championships and made Wyoming proud by edging out Keith Francis of Boston College by three-tenths of a second in the finals.  Not only did Maiyo win the title, he broke the school record, which he had set just a week before at the WAC Championships, by over a second and a half.  The next season Maiyo continued to improve upon his performances in the 880 and 1,000 yard dash by setting Cowboy records in both events.  Maiyo recorded a time of 1:50.3 in the 880 and a first place finish at the United States Track and Field Federation Championships on Feb. 15, earning him an All-American certificate for indoor track and field.  Maiyo also claimed WAC titles in both events in 1975, tying the WAC mark in the 880 yard dash with a time of 1:52 and setting a new WAC and Wyoming record in the 1,000 yard dash with a time of 2:07.54.  At the NCAA Championships, Maiyo finished second in the 1000 yard dash and 6th in the 880.  Maiyo’s performances helped earn the Cowboys a 20th-place team finish at the NCAA Championships.  Maiyo continued his greatness on the track in the outdoor season setting records in the 800 meter and 1,500 meter dash over his two year career.  Maiyo still holds the school record in the 800 meter dash for outdoor track with a time of 1:46.44 and will forever hold the record of the 1,000 yard run for indoor track with his time of 2:07.54 in the discontinued event. 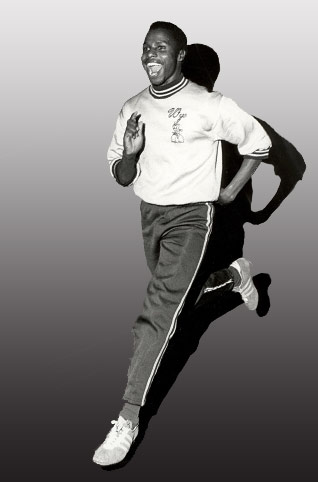