A three-time All-America, Hybertsen won the national championship in Cross Country Skiing three years in a row (1973-74-75), and finished 7th nationally as a senior in 1976. At the time, Hybertsen was only the fourth three-time NCAA repeat champion in skiing history, and remains the only three-time cross-country champion ever. Recruited to Wyoming by fellow skier Staale Engen, Hybertsen anchored an exceptional group of Nordic skiers who led the Wyoming ski team to second-place finishes in 1973 and 1974, and a third-place finish in 1975. Hybertsen also competed in cross country for the UW Track team. A native of Honefoss, Norway, Hybertsen came to Wyoming after a stint in the Norwegian army, where he was a member of the King’s Guard ski team, a prestigious unit which represents Norwegian royalty in competition. A terrific all-around athlete, he also won the Norwegian pentathlon and represented his country in the Scandinavian Championships. 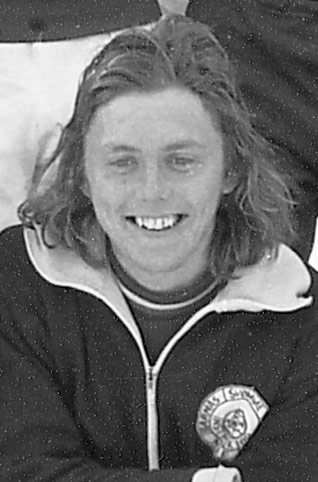