The greatest scorer in UW football history, Sean Fleming holds virtually every UW place-kicking record. During his four-year career, Fleming scored a total of 324 points, including 153 extra points and 57 field goals. He also set the single-season scoring record for a kicker with 110 points (17 field goals, 59 extra points) in 1988, as well as the single-game scoring record with 20 points (six field goals and two extra points vs. Arkansas State in 1990). Fleming is also Wyoming’s career leader in field goals made (57) and extra points made (153), as well as the record for consecutive extra points made in a season with 59 straight in 1988. Fleming led the team in scoring in 1988, 1989, and 1990. Also the team’s punter from 1989-91, Fleming averaged 42.3 yards per punt in 1989, 39.3 yards per punt in 1990, and 39.7 yards per punt in 1991. He holds the UW record for longest punt with a 90 yard boot against Louisville in 1990. In just his fourth collegiate game, Fleming kicked the game-tying and game-winning field goals in a 48-45 comeback victory over Air Force in Colorado Springs in 1988. Wyoming won one conference championship and went to two bowl games during Fleming’s career. After leaving UW, Fleming had a stellar career in the Canadian Football League playing sixteen seasons with the Edmonton Eskimos. He was a four-time CFL West Division All-Star, two-time CFL All-Star, and three-time Eskimos nominee for Most Outstanding Canadian. He played in five Grey Cup championships, winning three, and was named the 81st Grey Cup’s Most Valuable Canadian. Also the Eskimos’ all-time leading scorer, Fleming holds virtually every Edmonton place-kicking and punting record as well. 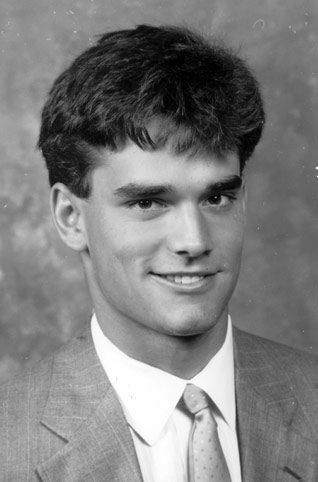