Wyoming’s all-time leading rebounder and one of its greatest players of all-time, Reginald Slater was a dominating player. He is the first player in WAC history to win three consecutive rebounding championships. Named a first-team all-WAC selection for three years, the power forward continuously proved himself on the court. He was the 1992 WAC Player of the Year, as well as an Associated Press Honorable-Mention All-American his senior year. During his junior season, Slater led the WAC in field-goal shooting and was second in scoring. He posted the nation’s best single-game rebounding effort of the year with 27. The “Big Cat” finished his career shooting .585 from the field and was named a Sports Illustrated College Player of the Week as a senior. He was selected All-District 7 by the United States Basketball Writers and was named WAC player of the week on five separate occasions throughout his career. After leaving Wyoming, he became a successful professional player with a number of teams. 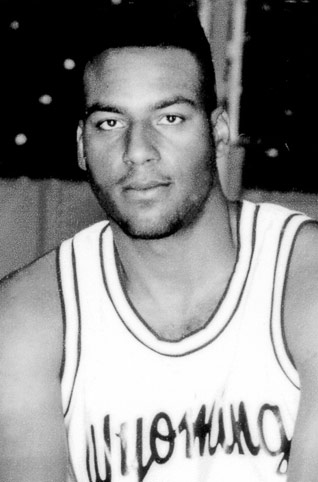