One of Wyoming’s greatest wrestlers, Reese Andy was a three-time NCAA All American, only the second three-time All-American in Wyoming history (Hall of Famer Dick Ballinger, 1958-60, was the other). Wrestling at 177 pounds, he placed 2nd nationally in 1994 (defeating the top-ranked wrestler in the nation along the way), 6th in 1995 even after suffering a rib injury in the quarterfinals, and 2nd in 1996. He was a three-time Western Athletic Conference champion and was named Outstanding Wrestler in the conference three straight years (1994-95-96). He led Wyoming’s wrestling team to a 22nd-place finish in 1994 and a 15th-place finish in 1996 at the NCAA Wrestling National Championships. Along with Brent Voorhees and Brandon Alderman, Andy was part of a team that featured three All-Americans in 1996, a feat which had not been accomplished at UW since 1959. In 1995, Andy was selected to wrestle in the Collegiate Wrestling All-Star Match. Andy finished his career in seventh-place on the top-ten list in all-time victories at Wyoming with 110 and seventh on the single season victory list with 38. Andy’s overall record at Wyoming was 110-29, and he compiled a record of 38-4 in his senior season. A native of Billings, Montana, Andy began wrestling as a sixth-grader and was a three-time 4-A state champion at Skyview High School in Billings. 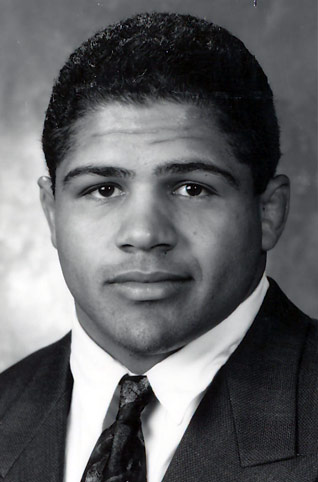