One of the greatest Wyoming high school wrestlers in state history, Ray Sanchez came to the University of Wyoming after compiling an amazing record of 98-0 and winning four state championships at Cheyenne Central High School. He was a two-time senior men’s National AAU champion in 1965 and 1966 and a two-time Great Plains National Champion representing Wyoming in 1966 and 1967. Sanchez was undefeated competing for the Cowboys’ Freshman Team in 1966. As a Cowboy sophomore on the varsity in 1967, despite battling an elbow injury, Sanchez finished fourth in the nation at 115 pounds and earned All America honors. Unfortunately, he suffered a back injury the following year and was forced to give up wrestling. He went on to a successful career as a teacher, coach and high school administrator. 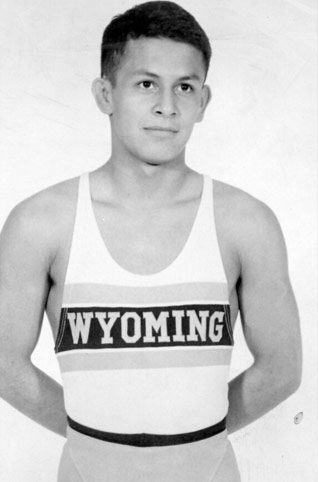