Randy Welniak became one of the most decorated quarterbacks in Wyoming history. Told he might never play quarterback again after shoulder surgery, Welniak earned Western Athletic Conference Player of the Year honors in 1988. As a co-captain that season he directed the Cowboys to an 11-2 record, most wins in school history, a WAC title, and a trip to the Holiday Bowl. In Wyoming’s biggest victory that season and one of its most amazing ever–a 48-45 win at Air Force–Welniak rallied the Cowboys from a 21-point deficit entering the fourth quarter to outscore the Falcons 31-7. He finished with a school-record 467 yards of total offense. In that game he became only the third quarterback in NCAA history to gain 300 yards passing (359) and 100 yards rushing (108) in a single game. The “Wizard of Ord” was selected as an All-American in `88. He still ranks among Wyoming’s Top Ten in career passing yards (3,819) and career rushing touchdowns (17). A two-time Academic All-WAC first-team selection, he was awarded NCAA, Stan Bates (WAC Commissioner) and Patrick Smyth Post-Graduate Scholarships. He was the Admiral Land Award winner as UW’s top student-athlete in 1989. Welniak earned his bachelors of science in finance from Wyoming in 1988, and a masters of business administration from UW in 1989. Welniak returned to his alma mater in the mid-1990′s as an administrator, first with the Cowboy Joe Club, and then as an Associate Athletics Director. 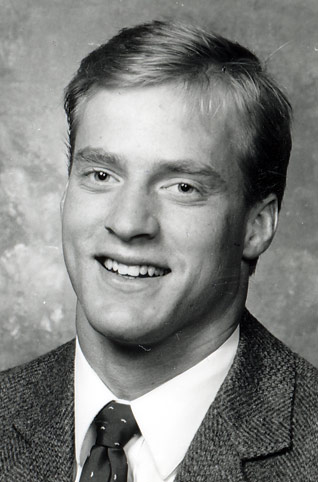