He came from Tennessee and moved on to Indiana, but during his four seasons as head coach of the Wyoming football team, Phil Dickens produced the best winning percentage of any Cowboy football coach in school history. Dickens left Wyoming with a record of 29-11-1, one Skyline Conference Championship, and one bowl-game victory. The native of Hartsville, Tennessee, and an all-conference tailback for the Vols, had a tough act to follow when he assumed the head-coaching reins from Bowden Wyatt. Like Wyatt, Dickens learned football under General Robert Neyland at Tennessee. He came to Wyoming from Wofford College (Spartanburg, S.C.) where he was 40-16-7. In his first season of 1953, he led the Cowboys to a 5-4-1 record, and a third-place finish in the Skyline Conference. He was an innovator off the field as well. One of his first actions was instituting study tables for football players, and having the tables monitored by the coaching staff. They were the first mandatory study tables established for UW athletes. In 1954, the Cowboys finished 6-4, but the record didn’t indicate the type of season they had. Facing one of its toughest schedules, the Cowboys suffered difficult non-conference losses to Oklahoma State (14-6), Kansas State (21-12) and Arizona (42-40). Dickens’ 1955 squad finished third in the Skyline with an 8-3 record, but was the only league school invited to a bowl game, the Sun Bowl, January 2, 1956. The Cowboys beat Texas Tech, 21-14. The 1956 team was his crown jewel. The Cowboys waltzed through the season and produced a 10-0 record, one of three undefeated teams in the nation. While the Cowboys were offered the Sun Bowl, the Pokes opted to wait for a bigger bowl–Gator and Sugar both expressed interested–and declined the offer. As it turned out, they were left out of the picture, undefeated, untied and uninvited. He coached the national rushing champion that year, Jim Crawford, whose 1,104 yards edged Syracuse’s Jim Brown. Dickens resigned from Wyoming after that season to accept the head coaching position at Indiana. 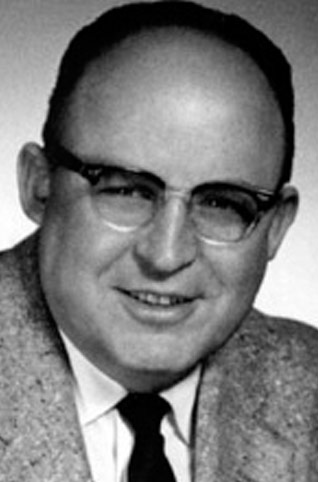