The 1989 and 1990 WAC Defensive Player of the Year, Mitch Donahue became the greatest defensive end in Wyoming history. He was named first-team All-American by the Football Writer’s Association, The Sporting News, and the National Football League Draft Report. As a senior, he finished fourth in the prestigious Outland Trophy Award balloting. During his senior year the two-time WAC Defensive Player of the Week led the nation in sacks with 21. The four time All-WAC selection owns the Wyoming record for most career sacks with 48, and is in the top ten in career tackles. Donahue was drafted in the 4th round of the 1991 NFL Draft by the San Francisco 49ers. He played for both the 49ers and the Denver Broncos during his professional career. 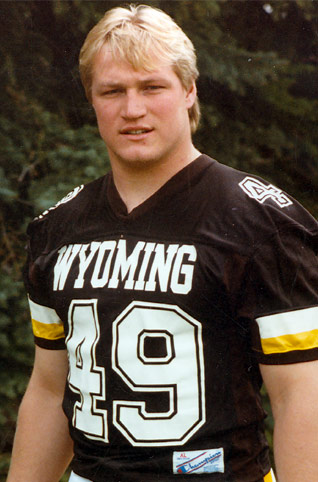