An outstanding all-around player, Mike Jackson started at point guard for the Cowboys as a freshman. He led the team in assists in 1981, 1982, and 1983, and was named second-team all-conference in 1982 and first-team all-conference in 1983. With Jackson running the point and playing outstanding defense, the Cowboys won 80 games, two conference championships, and twice went to the NCAA Tournament. He was elected team tri-captain and voted team MVP for the 1982-83 season. Jackson is 5th all-time in career assists, holds the second-best assist average for a season with 5.2 in 1982-83, and has the second-best mark for assists in a game with 14 against Colorado in 1982. Although a knee injury suffered with five games remaining in his senior year cut short his Cowboy career, he was still drafted by the Kansas City Kings in the fourth round of the 1983 NBA Draft. 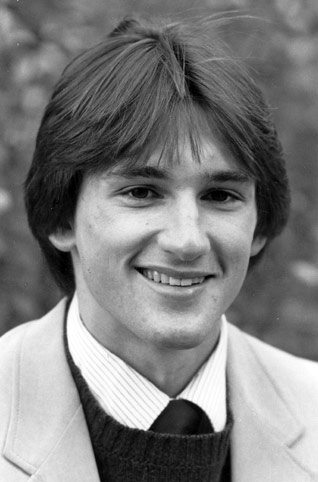