Margie Hunt McDonald, the 1979 Conference Coach of the Year, displayed both brilliance and dedication as she led the Cowgirl basketball teams to a 122-114 record during her nine year career at Wyoming. Admired and respected by her peers, it did not take her long to mold the Cowgirls into one of the top teams in the Rocky Mountain Region. By 1979 the Cowgirls were competing in the AIAW Regional Tournament with a 25-7 record. McDonald resigned from her coaching position at Wyoming to become the first Executive Director of the High Country Athletic Conference, which later merged with the Western Athletic Conference. She served as the Deputy Commissioner of the WAC and currently works as the Coordinator of Women’s Basketball Officials for the Mountain West Conference. 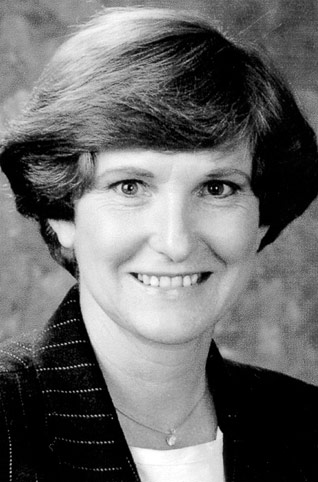