Hometown: Minneapolis, Minn.
Sport: Football
Years: 1993-94-95-96 One of Wyoming’s most decorated football players, Harris was a consensus All-American, being honored by the Associated Press, Football Writers of America, American Football Coaches Association, Walter Camp Football Foundation, and Football News. In 1996, he won the Biletnikoff Trophy as the nation’s top receiver. During his senior year, Harris became the NCAA’s all-time leader in receiving yards with 4,518 career yards and became the first receiver ever to have three consecutive 1,400-yard seasons. With his 1,650 yards in 1996, Harris led the nation in receiving yards for the second time in his career and was named first-team all-Western Athletic Conference for the third straight year as well as WAC co-offensive player of the year. Only Wyoming’s second two-time all-American, he was named to the AFCA First Team as a junior. He was selected in the 7th round of the NFL Draft by the Detroit Lions. 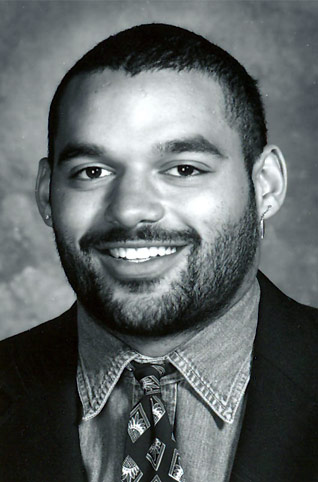