One of the greatest linemen ever to play at Wyoming, Len Kuczewski capped his career by earning honorable mention All America and First Team All-Conference honors in 1959. Despite his size (5-9, 176 pounds), Kuczewski anchored the Cowboy front line, widely considered the best in the conference. He led Coach Bob Devaney’s Cowboys to a record of 21-7-3 and two conference titles over his three years as a starter. Kuczewski played exceptionally well in Wyoming’s 1958 Sun Bowl victory over Hardin-Simmons and was the first lineman ever to be named the game’s outstanding player. He was also named to the 1958 Bowl All-Star team, a collection of players who starred in the 1958 college bowl games. Kuczewski was later named to the 75th Anniversary All-Sun Bowl Team. A natural leader and excellent student, he was voted captain of the 1959 team by his teammates and was named to the Skyline Conference All-Academic team. 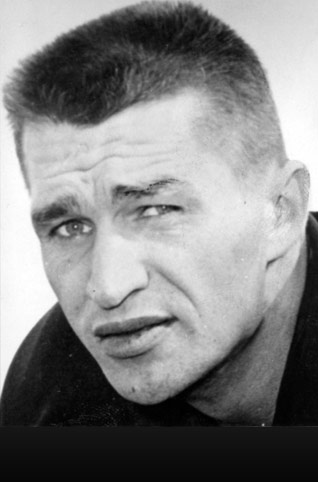