One of Wyoming’s greatest basketball players, Leon Clark was first-team all-Western Athletic Conference in 1965 and 1966. After thrilling crowds at his freshmen games, in which he averaged 21 points per game and led the Poke freshmen to a best ever 11-3 record, Clark moved into the varsity starting lineup as a sophomore and quickly became a force, scoring 33 points in his first game. Playing center at an undersized 6-6, Clark led the Western Athletic Conference in rebounding in 1965 and 1966. In his senior year, he led the Cowboys in scoring with a 22.4 points per game average. He set the Fieldhouse record for rebounds in a game with 24 vs. Arizona in 1966. He finished his career as Wyoming’s all-time leading rebounder and is now fourth on Wyoming’s all-time career rebounds list behind Reginald Slater, Fennis Dembo, and HL Coleman. He is still Wyoming’s all-time leader in career rebounding average with 11.4. He is 7th all-time in field goals made (581) and 7th in field goals attempted (1,224). He averaged a double-double for his career, with 19.2 points and 11.4 rebounds per game. Clark was drafted in the second round of the NBA Draft by the Boston Celtics. 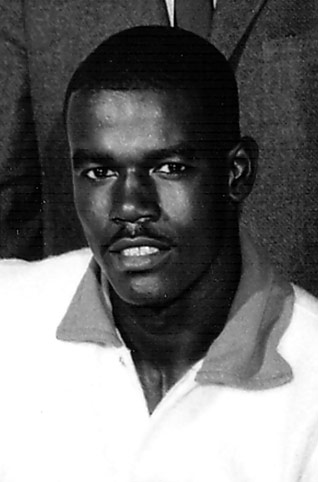