An All-Skyline Conference quarterback during 1956 and 1957, Zowada was initially pressed into action in the 1956 Sun Bowl after starting quarterback Joe Mastrogiovanni suffered a knee injury in the last regular season game. In his debut, Zowada completed six of ten passes for 112 yards and two touchdowns as Wyoming defeated Texas Tech, 21-14. In his first season as a starter in 1956, Zowada led the nation in yards per completion while leading the Cowboys to a perfect 10-0 record. That year he completed 41 of 96 passes for 878 yards and seven touchdowns. During the 1957 season, Zowada completed 63 of 123 passes for 862 yards and three touchdowns. A versatile athlete, he also served as the team’s punter. 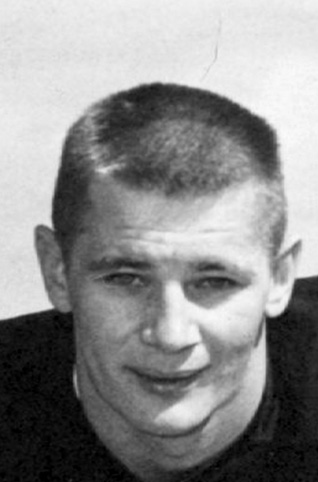