Fondly known as “Bo,” Larry Nels became one of the most feared defensive linemen in Wyoming history as he terrorized opponents from 1967 to 1969. Nels was a key component as the Cowboys earned a bid to the 1968 Sugar Bowl, and was instrumental in a cowboy defense that was best in the nation. Nels was well known for his quickness, toughness, and blocking ability. He had 511 total tackles in his career. Nels was an All-American candidate and as a member of the nation’s number one defense let the cowboys to their second WAC Championship. Nels also earned All-WAC honors in 1969. Following his career at Wyoming, Nels went on to play with the New York Giants and the British Columbia Lions of the Canadian League. Nels will be remembered as one of the best defensive players in Cowboy Football history. 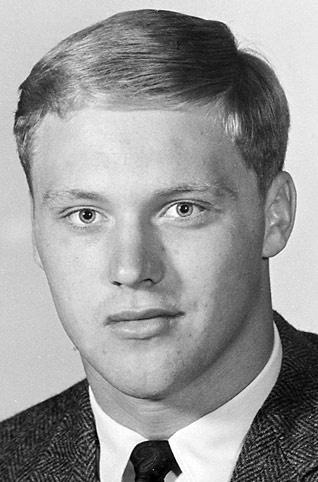