A long-time proponent of Wyoming Athletics, Ken Cook has devoted years of his life to the improvement of athletics, as well as the University, to achieve this induction to the Hall of Fame for Special Achievement. Cook came to UW as a student-athlete from Riverton, Wyoming and lettered in football from 1938-1942. His tireless devotion to the University is evident in so many areas. Cook was on the UW Alumni Association Board of Directors for seven years and president from 1983 to 1984. In 1987 he received the UW Alumni Association Medallion Service award. He also has been actively involved with the Cowboy Joe Club as an executive board member, and as its president from 1984 through 1986. He recieved Cowboy Joe’s White Hat award in 1986, and helped launch the Steer-a-Year Program in 1995. He has chaired the Albany County Blitz and has consistently broken the club’s donation goals. Cook was Vice Chairman of the football Centennial Celebration and has been an intricate member of the Hall of Fame Committee since its 1993 inception. He has proven to be a best friend to the University of Wyoming through his devotion to athletics and commitment to the success of the University. 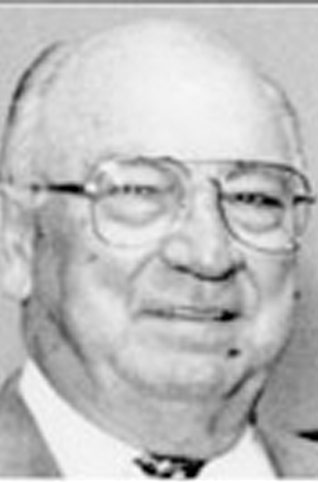