The first UW women’s golfer ever to win an individual conference championship, Jordan Lintz excelled at Wyoming from 1997-2000. The highlight of her college career was winning the 2000 Mountain West Conference Championships individual title in 2000, and earning all-conference honors. She is also the only UW women’s golfer to qualify for the NCAA Regionals (2000). Lintz still holds the Cowgirl record for tournaments won (three) and the record for individual season stroke average (75-70 in 1999-2000). In 2005, Lintz qualified for the LPGA with full playing status. She played on the LPGA Futures tour from 2001 through 2008, and won the 2011 Connecticut Women’s Open. Lintz served as the assistant golf professional at Great River Golf Club in Milford, Conn., before joining Sacred Heart (Fairfield, Conn.) as an assistant women’s golf coach in 2011. 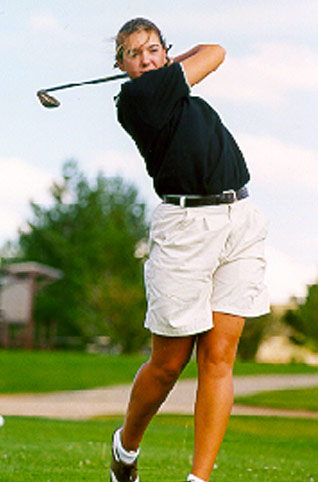