Quarterback Jim Walden transferred to Wyoming from Itawamba (Miss.) Junior College prior to the 1958 season and immediately became a crowd favorite. Nicknamed the “Mississippi Gambler”, Walden led the Cowboys to back-to-back Skyline Conference championships. Known for his “passing, running, punting and sparkling leadership”, according to the 1960 Wyoming media guide, Walden was a dynamic player who could turn nothing into something. In 1958, Wyoming was 8-3 and won the Sun Bowl over Hardin-Simmons. Walden was second team all-conference and made several all-opponent teams. He led the Cowboys in passing with 491 yards and five touchdowns, and in punting with 20 punts for 801 yards (40.1 yard average). In 1959, the Cowboys finished with a 9-1 record. Walden earned Honorable Mention All America honors and was voted the player of the year in the Skyline Conference. He set a conference career record for average gain per play (6.57). He ranked 13th nationally and 1st in the conference in total offense with 1211 yards. He again led the Cowboys in passing with 882 yards and 11 touchdowns and in punting with 35 punts for 1291 yards (37.0 yard average). He also was second on the team in rushing with 329 yards and led the team in punt returns with ten returns for 86 yards. He ranked 2nd in the conference in passing and 5th in punting. He set Wyoming records for most touchdown passes (11) and average gain per play (7.0) in 1959. He was chosen to play in the Shrine East-West all-star game after the season, where he split quarterback duties with SMU’s Don Meredith. Walden was drafted by the Cleveland Browns of the National Football League and by the Denver Broncos of the American Football League, but he elected to play for Vancouver of the Canadian Football League. He played three years in the CFL before starting his coaching career at the high school level in his native Mississippi. Former Wyoming coach Bob Devaney gave him his start in college coaching, hiring him as an assistant at Nebraska. He was then an assistant coach at Washington State before being named the head coach of the Cougars in 1978. He spent 9 years at Washington State and then 8 years as the head coach at Iowa State. He retired from Iowa State in 1994 and became a radio color commentator. 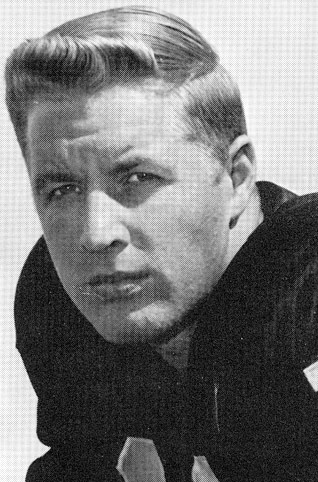