Three time WAC Coach of the Year, Jim Brandenburg came to the University of Wyoming in 1978 and turned the men’s basketball program around. Brandenburg’s Cowboy teams led the WAC in total defense six times and appeared in post-season tournaments four times. In 1987, his team advanced to the sweet sixteen and in 1986 the Cowboys placed second in the NIT under his leadership. Brandenburg’s Cowboys captured three WAC Championships during his career in Laramie. Cowboy fans saw four of Brandenburg’s players go in the first round of the draft: Charles Bradley, Bill Garnett, Eric Leckner, and Fennis Dembo. This coach was honored as the Eastman Kodak NCAA Division I District 13 Coach of the year in 1986 and he coached the West Team to a Gold Medal at the 1981 National Sports Festival. Among the accomplishments of this distinguished coach accomplishments of this distinguished coach, a lasting legacy was left as the Arena Auditorium was built during his tenure. 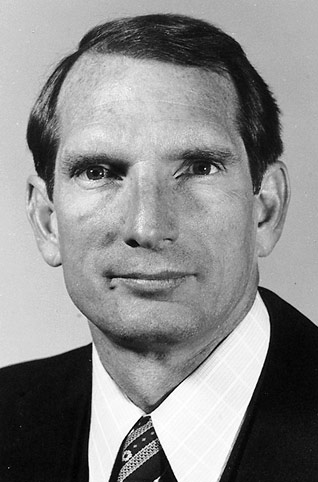