One of Wyoming’s all-time great wrestlers, Jerry Frude was a two-time All-America (1959 and 1960). In 1959 as a sophomore, he won the Mountain States/Skyline Conference title at 147 pounds and then went on to a second-place finish in the NCAA Championships, helping the Cowboys to a 6th-place team finish. He again finished second in the nation in the 147-pound weight class in 1960, while Wyoming finished third as a team. After sitting out a year in 1961, Frude re-joined the team in 1962 and was named co-captain. He won his second Skyline Conference championship at 147 pounds and won his first two matches at the NCAA Championships before falling to eventual national runner-up Kirk Pendleton of Lehigh. A native of Laramie, Frude was never pinned by an opponent during his college career. Wyoming’s wrestling teams finished 6th (1959), 3rd (1960), and 11th (1962) in the nation during Frude’s time at UW and won the Mountain States/Skyline Conference team championship each year (1959, 1960 and 1962). 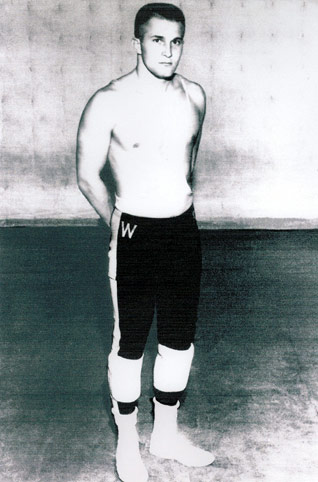