Gene Huey starred as a split end and defensive back during the 1966, 1967 and 1968 seasons, setting a number of records and leading the Cowboys to a pair of bowl appearances. Huey, who captained the Cowboys in 1968, played on three Western Athletic Conference championship teams. In 1966, the Pokes finished 10-1 with a 28-20 victory over Florida State in the Sun Bowl. In 1967, the Cowboys finished their regular season 10-0 amd took heavily-favored Louisiana State to the limit before falling 20-13 in the Sugar Bowl. And, in 1968, Huey led Wyoming to a 7-3 mark and its third straight WAC title. Along the way, Huey set 13 UW pass receiving records. Huey is still tied for fifth all-time in UW career touchdown receptions with fourteen. In 1967, he finished 14th in the nation in receiving with 53 receptions for 868 yards and five touchdowns. In 1968, he had 43 receptions for 626 yards and nine touchdowns, while also recording 25 tackles, three interceptions and seven pass breakups on defense, and earned “Lineman of the Week” honors in Sports Illustrated for his outstanding play in the Cowboys’ 48-3 win over Utah State. Huey led the team in receptions and receiving yards in 1967 and 1968. Huey went on to play in the All-American Bowl and the East-West Shrine Game and played two seasons in the NFL with the St. Louis Cardinals, Minnesota Vikings, and San Diego Chargers. Huey earned his bachelor’s degree in physical education at UW in 1971. He began his coaching career as a graduate assistant for his alma mater in 1972, and coached at New Mexico, Nebraska, Arizona State, and Ohio State before joining the Indianapolis Colts in 1992 as running backs coach. 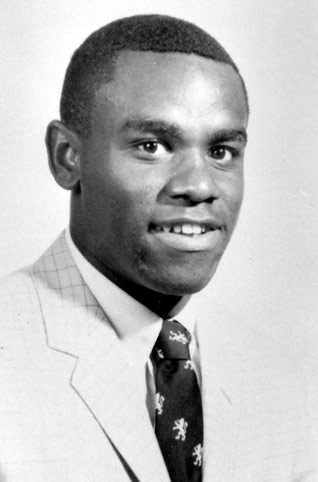