A high school football and basketball star, Bob Mason had never seen a wrestling match before he came to the University of Wyoming.  After watching the sport and talking to wrestling coach Everett Lantz, he decided to join Wyoming’s wrestling team.  A native of Burns, Wyo., he won the conference championship in his first year of competition.  Wyoming’s first wrestling All America, Mason placed fourth in the nation at 155 pounds in 1950.  He repeated that feat in 1951 to gain his second All America honor.  In the Mountain States Conference, Mason won championships at 165 pounds in both 1949 and 1950 and, as team captain both years, led his team to conference titles in 1950 and 1951.  The Cowboy wrestling team finished 12th nationally in 1950 and 13th nationally in 1951.  Mason was a three-time letterwinner for the `Pokes and earned his bachelor’s and master’s degrees from the University of Wyoming.  He went on to a distinguished career as a high school and college wrestling coach and official and earned a doctorate in Education from the University of Washington.  He was inducted into the National Junior College Athletic Association Hall of Fame in 1980 and inducted posthumously into the National Wrestling Hall of Fame in 2008.   Mason died on March 18, 2000, at the age of 70. 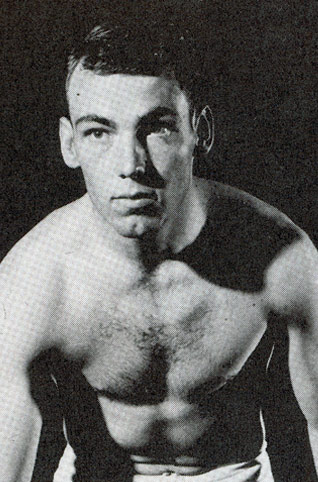