Dave McCleave was a walk-on for the University of Wyoming golf team in 1989, but went on to become the most accomplished golfer in school history, and the sport’s first inductee into the UW Intercollegiate Athletics Hall of Fame. He became the first Cowboy in history to compete in the NCAA Western Regional in 1990. As a senior in 1992, he won three NCAA collegiate tournaments (five during his career), while finishing second and fourth in two others. He led the Cowboys to the 1992 NCAA West Regional, one of his proudest accomplishments. That year he was named to the Golf Coaches Association of America All-American team. He joined such PGA tour professional names as Phil Mickelson, Justin Leonard, Mike Weir and David Duval, on that `92 All-American team. Earlier that senior season, McCleave was selected to the Western Athletic Conference First Team, the first UW player ever to earn such an honor in the WAC. His stroke average for that season was 72.67. Also included among the honors earned by this gifted athlete were a victory in the Colorado State Amateur, and a second-place finish in the state’s match play. Both of those events are considered the premier tournaments of Colorado amateur golf, and attract players from throughout the country. McCleave finished his career with unprecedented success, winning more tournaments than any golfer in school history. 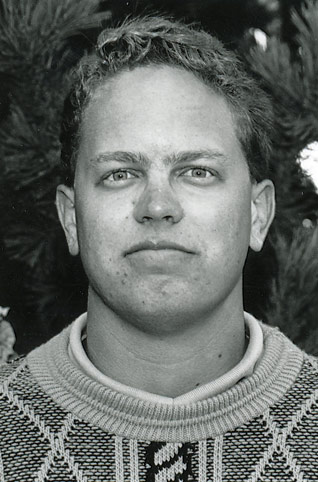