Darcy Cudaback made the transition from the rural farming community of Exeter, Neb., to the campus of the University of Wyoming, to become an All-American volleyball player and dominate the High Country Athletic Conference. In 1988, Cudaback was named the HCAC’s Offensive Player of the Year, was a member of the its All-American team, and was selected first-team All-HCAC. She led the 1989 team to its best season on record at 24-7 and winning the HCAC Championship with an 11-1 record. The team earned a berth in the NCAA Volleyball Tournament , Wyoming’s second appearance ever in post-season. In 1988, Cudaback set the Cowgirl record for kills in a season with 595, and still ranks first in UW history. She is also ranked second in career kills with 1,533 and second for the most games played in a career at 446. 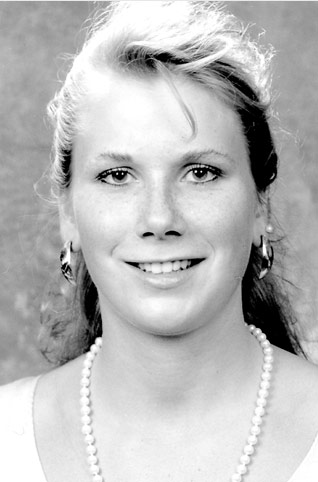