A star on both offense and defense, Chuck Lamson led the Cowboys to conference championships in both 1960 and 1961, earning honorable mention All-America honors both years. A native of Ames, Iowa, Lamson began his collegiate career at Iowa State before transferring to Wyoming, where he played quarterback as well as defensive safety. In 1960, Lamson led the Cowboys in total offense and passing and was 2nd in rushing behind Jerry Hill, gaining 543 yards for an average of 5.5 yards per carry, completing 20 of 42 passes for 243 yards and three touchdowns, punting three times for an average of 30.7, returning one kickoff for 16 yards and one punt for 17 yards. As a defensive safety, Lamson had two interceptions for a Cowboy defensive unit which ranked first nationally in rushing defense and total defense. A unanimous all-conference selection, Lamson ranked 36th nationally in rushing, while ranking 4th in the conference in total offense, 5th in rushing, and 7th in passing. In 1961, Lamson was named “Back of the Week” by Sports Illustrated after guiding the Cowboys to a 15-14 upset win over North Carolina State and star quarterback Roman Gabriel. That year, he led the team in rushing with 93 carries for 451 yards (an avg. of 4.8 yards per carry) and two touchdowns. He also led the team in scoring, threw for 172 yards passing and two touchdowns, as well as one punt return, one kickoff return, and one interception on defense. The Cowboys compiled a record of 14-3-2 with Lamson at quarterback. The captain of the 1961 team, Lamson was honored as UW’s best student-athlete in 1962 as the winner of the Admiral Land Award. He was drafted in 1960 by the Minnesota Vikings and played professionally as a defensive back for the Vikings (1962-63), the Philadelphia Eagles (1964), and the Los Angeles Rams (1965-68). 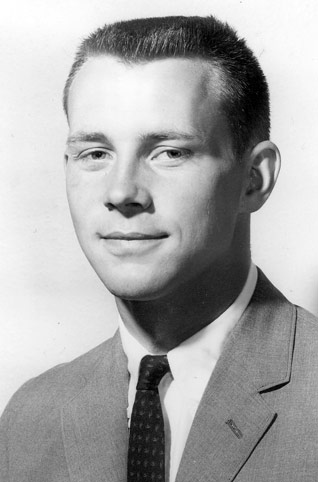