She has scored more points than any Cowgirl in history for a career. One of the most accurate shooters in Cowgirl basketball history, Christine Fairless still owns Cowgirl records in several categories. She is the best Cowgirl free throw shooter of all-time, averaging 87 percent for her career and 95 percent her senior year. She still holds the record for the most career field goals made, shooting 52 percent. She scored more field goals in a single game and in a season than any other Cowgirl. Fairless is second in Cowgirl history in points scored and field goals attempted in a single game; single season field goals attempted and percentage; and career field goals attempted. The 5’10″ guard was named All-High Country Athletic Conference three times and was named to the All-High Country Athletic Conference Tournament team her senior year. She produced three of the top ten scoring seasons in Cowgirl basketball history. During her sophomore year, Fairless was 17th in the country in field goal percentage. 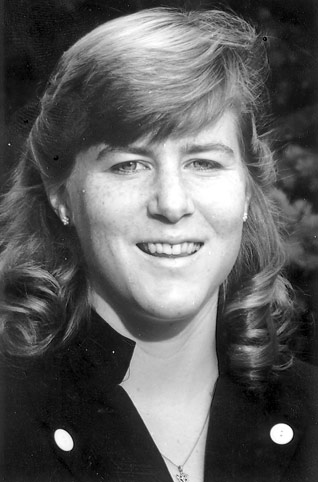