Keith Bloom is one of the last and greatest three-sport athletes at the University of Wyoming. Recruited to Wyoming on a basketball scholarship from Powell, Wyo., Keith was a real athletic talent. Along with being a four-year letterman for the Cowboy basketball team, Bloom also enjoyed one season on the football field for the pokes, lettering in 1947. After an injury ended his football career, Bloom accepted his biggest challenge ever, playing first base for the Cowboy Baseball team. Having never before played organized baseball, Bloom would blossom into a three-year starter for the Pokes and lead the team in putouts and fielding percentage his junior and senior seasons. Bloom would also excel in basketball his junior and senior seasons, starting every game for the Cowboys over that time span, and being named captain of the team his senior year. During that season, Bloom would be rewarded for his efforts by being named the team’s Most Valuable Player. 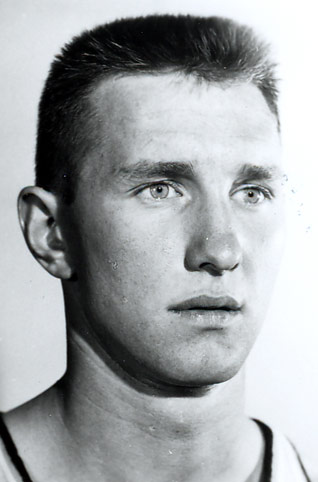