Brenda Graham Gray was the “First Lady of Wyoming Cross Country” and one of the most accomplished distance runners in Wyoming track history. A native of Glenrock, she was the first Cowgirl to compete in the NCAA national cross country meet. A four-year letter-winner, she competed in cross country, indoor and outdoor track. She set records in both the 10,000 meters (34:24) and the two mile run (10:40.5), both of which she still owned upon her induction. She was a cross country All-American in 1981. During her sophomore season she was an NCAA national cross country qualifier, and became Wyoming’s first female runner to compete at that national event. She was selected to the Track and Field Association All-American team that year. It was during her sophomore season that she first broke the school’s 10,000-meter record, a mark she would shatter as a senior. During that senior season, as team captain she was the only Cowgirl to qualify for the 1984 NCAA track meet. She was as accomplished in the classroom as she was on the track. Not only was she a member of the UW Dean’s list for three consecutive years, she earned High Country Athletic Conference All-Academic honors for two years. After graduation, this Wyoming product continued to promote the sport of track, and ran in three Olympic Marathon trials. 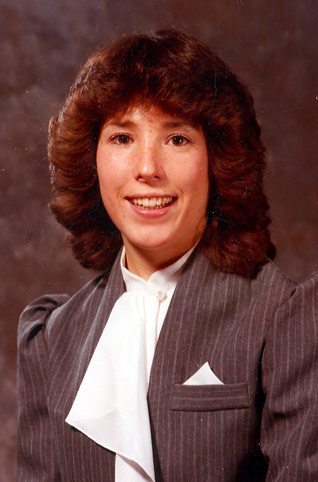