A dominating two-way player, Levine was named first-team all-Skyline Conference on both offense and defense in 1961. After taking a redshirt year due to injury, Levine returned in 1963 to earn first-team all-WAC on defense, and was honored as lineman of the week. During his senior year of 1964, Levine was elected team captain, named first-team all-WAC, selected “All West” by Football Magazine and won the Humphrey Trophy as UW’s outstanding player. Coach Bob Devaney was quoted as saying “Bill Levine is probably the best all-around football player I ever coached.” 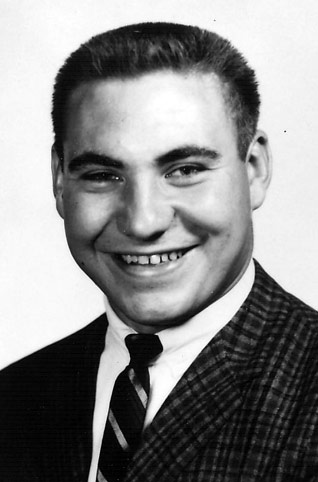