The finest hitter ever to play for the University of Wyoming, Bill Ewing set the national home run record in 1976 with 23. That same year, Ewing was named to both the College Baseball Coaches All-American Team, and the Sporting News All-American Team. This Wyoming great was the first Cowboy baseball player in twenty years to be named to an All-American team and twice earned All-WAC honors,. In addition to this All-Conference and All-American awards, Ewing was also named to the All-District VII Team. For the 1975-76 season, Ewing received the Admiral Emory S. Land award for Outstanding University of Wyoming Athlete. Bill Ewing will remain in the memories of Wyoming fans for years to come. 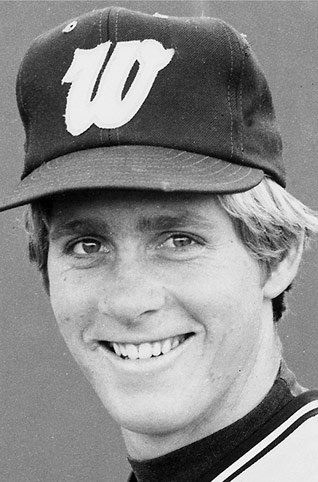