Wyoming’s first two-time All-American, and one of the most prolific receivers in Cowboy football history. Ryan Yarborough finished his career as the nation’s leader in receiving yards, most 200-yard receiving games, and most games catching a touchdown pass. He remains as Wyoming’s career touchdown-reception leader with 42. In 1992 Yarborough was selected to the Football Writers of America First team as a junior after leading the nation in receiving yards with 1,351 yards. He finished that year with 86 receptions and 12 touchdown catches. As a senior in 1993, Yarborough again led the nation in receiving with 1,584 yards. That season he caught 75 passes for 16 touchdowns. His totals broke the NCAA career receiving yardage record with 4,357 yards. He established or tied five NCAA records during his senior year. That season he caught 75 passes for 1,584 yards and 16 touchdowns. For his efforts he was named to the Associated Press and Football Writers of America first team. He tied the NCAA record for most 1,000-yard receiving seasons in a career with three, only the fourth player in history to accomplish that. His Cowboy records for career and single-season touchdown receptions still stand. He was a two-time All-Western Athletic Conference first-team receiver after his junior and senior seasons. Following his career at Wyoming, Yarborough was a second-round draft choice of the New York Jets. He played professionally for the Jets, the Baltimore Ravens, and the New Orleans Saints. 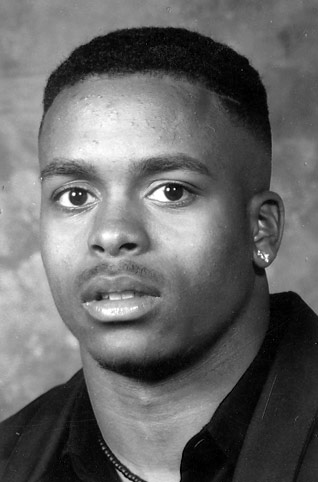