“Quick, mobile and an overpowering blocker,” describes three-year starter and letterman Nick Bebout. The native of Shoshoni, Wyoming was a pre-season PlayboyAll-American selection and Chris Schenkel’s Sportscene All-American as an offensive tackle his senior year with the Cowboys. He also was a team captain that season. The first offensive lineman inducted into the Hall of Fame, Bebout was drafted by the Atlanta Falcons in the sixth round and played with them from 1973 to 1975. He played for the Seattle Seahawks from 1976 to 1980. The fact that offensive linemen are often overlooked speaks very highly of his ability and the contributions he made to the Cowboy football tradition. 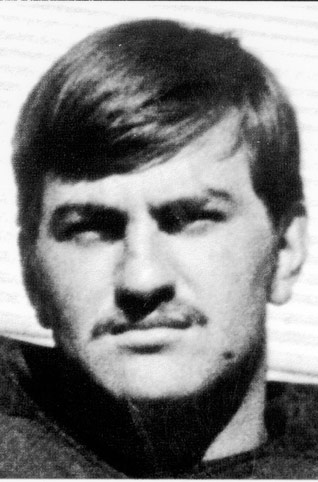