A gifted offensive lineman who was as hard-nosed as they came, Lahood anchored the Cowboy line for three seasons. He was a two-time all-conference selection (1966-1967) and earned Regional All-America honors in 1967.  A tough, versatile player, LaHood played both defensive and offensive tackle, as well as offensive guard and tight end, during his career.   Wyoming teams compiled a record of 26-6 during LaHood’s time at Wyoming.  He was the only offensive lineman to start every game for the undefeated 1967 team and helped pave the way for all-conference seasons by quarterback Paul Toscano, tailback Jim Kiick, and receiver Gene Huey.,  He started on two Western Athletic Conference championship teams (1966-67) and in two bowl games (1966 Sun Bowl and 1968 Sugar Bowl).  LaHood earned a degree in physical education.  After being drafted by the NFL’s Los Angeles Rams in 1968, LaHood played professionally for the Rams for one season before being traded to the St. Louis Cardinals for the 1970 season.  He then returned to the Rams for two years before moving on to complete his professional career at Vancouver in the Canadian Football League. 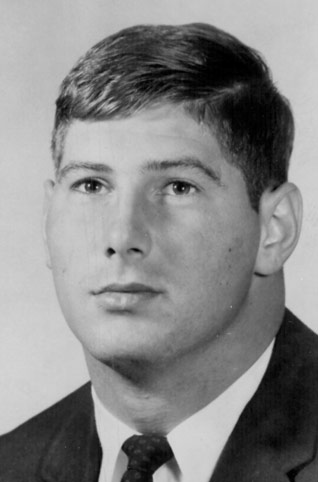