Known as a “battering ram” fullback, Smolinski played on three straight Skyline Conference Championship teams and played in the 1958 Sun bowl. Those Cowboy teams went 25-6. Named first-team all-conference following his senior season, Smolinski was a versatile two-way player. Named team captain in 1960, he played linebacker on Wyoming’s top-ranked defense, while leading the team in receptions on offense. For his career, Smolinski rushed 223 times for 890 yards and five touchdowns (an average of four yards per carry). He also posted 13 receptions for 146 yards and one touchdown, four kickoff returns for 59 yards (an average of 14.8 yards per return), and one interception return for 13 yards. He went on to produce a long professional career with the Baltimore Colts and the New York Jets, and played in one of the most famous Super Bowls of all time, the Jets’ upset of Baltimore in Super Bowl III. 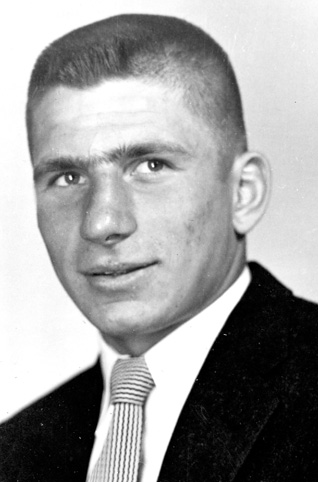