“Gabe” was a fixture in the Athletics Department for thirty-nine years as a student-athlete, a student manager, Stadium Supervisor, Facilities Supervisor, and Facilities and Events Coordinator.  He came to UW as a football player but suffered a career-ending injury his freshman year.  After that, he became a football manager while finishing his degree.  Following graduation in 1961, he became Stadium Supervisor and served eleven years in that position before being promoted to Facilities Supervisor in 1972.  In 1987 he was named Facilities and Events Coordinator, responsible for event management and all the UW Athletics Facilities.  His attention to detail and expertise made him an invaluable member of teams that helped plan the expansion of UW’s facilities, including the Little League complex, Cowboy Field, the track stadium, additions to War Memorial Stadium, Jacoby Golf Course, the Arena-Auditorium, the Fieldhouse North Addition, the Uni-Wyo Sports Complex, and the practice fields.  Former UW Head Football Coach Bill Lewis said of him:  “The pride that LeRoy took in every team, in every athletic facility, and in every Wyoming Cowboy Athletic contest is unsurpassed.  LeRoy positively touched the lives of every athlete, every coach, and every athletic administrator on a daily basis throughout his thirty-nine years. “ 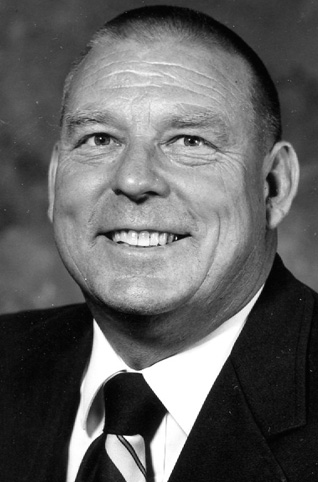