One of Wyoming’s greatest impact defensive players of all time. As a freshman in 1975, Ken Fantetti was impressive enough to start for the Cowboys in the third game of the season. He would become one of the most devastating linebackers in Cowboy history. He was named to the Football Writers of America 35th annual All-American team following a spectacular senior season. He finished with 124 tackles that year including 73 unassisted stops. In his best game of that senior season, against Utah, he posted 15 unassisted tackles and nine assists, including two tackles for losses and a caused fumble, and was named Associated Press national lineman of the week. A ferocious hitter, Fantetti is fourth on Wyoming’s all-time career tackles list with 352. A two-time All-Western Athletic Conference first-team performer, Fantetti was the league’s Defensive Player of the Year as a senior. During his junior season of 1978, he totaled twice as many defensive points as any other defender on the team with 261, including 86 unassisted tackles, eight tackles for losses, three interceptions and three fumble recoveries. He was one of the fastest middle linebackers ever to play for the Cowboys. He was elected team captain for his senior season. Fantetti was drafted in the second round of the 1979 NFL Draft by the Detroit Lions. He played with the Lions from 1979 through 1985. 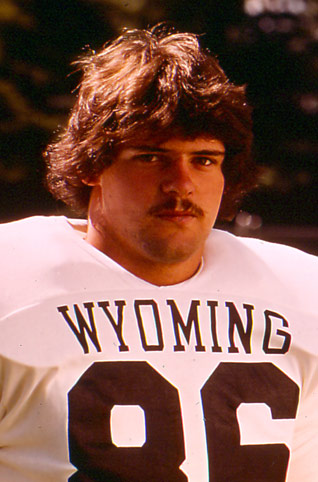