An Honorable Mention All-America in 1983 and 1984, Ramunno was a four-year letterman who started 47 consecutive games in the offensive line for the Cowboys. One of the most accomplished and versatile linemen ever to play at Wyoming, he earned first-team all-Western Athletic Conference honors in 1983 and 1984. He anchored the offensive line for a productive rushing attack which gained an average of 3,073 yards per season.  A respected leader on and off the field, he was elected team captain his senior year, and was awarded the Admiral Emory S. Land Award as the top senior athlete at UW.  An education major, he also earned all-conference academic honors in 1983.  A member of the Chicago Bears Super Bowl Championship team in 1985, he returned to Wyoming for a year as a volunteer assistant coach in 1987-88 and went on to become a successful teacher and football coach at the high school and college level. 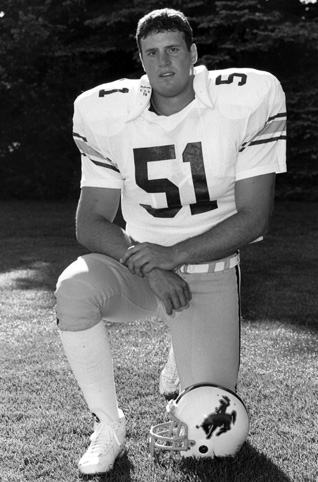