A dominating defensive lineman, Durling was named honorable mention All America by both wire services (AP and UPI) in 1966, and he was a two-time first-team all-Western Athletic Conference selection (1965-66). He anchored a Cowboy defense which led the nation in fewest rushing yards allowed (38.5) per game in 1966. He was named WAC “Lineman of the Year” in 1966 and selected to play in the 1967 Coaches All-American Game in Atlanta. He led the Cowboy defense in the Sun Bowl, holding Florida State to -21 yards rushing and earning “Lineman of the Game” honors in a 28-20 Wyoming victory. He was also voted to the UPI All-Bowl team in 1966. Durling was an academic all-American and president of the Fellowship of Christian Athletes at Wyoming. He was drafted by the Denver Broncos (AFL) and Philadelphia Eagles (NFL) but his pro career was cut short due to a knee injury. 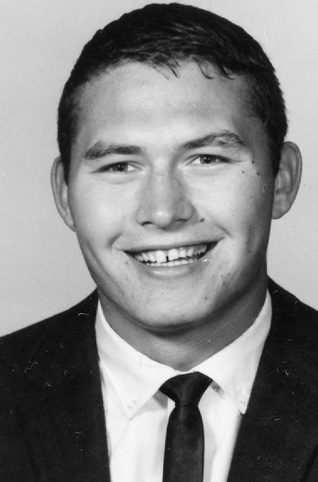