A seven-time all-America thrower, Gervais was the national runner-up in the discus in 2000.  He holds the Mountain West conference record in the weight throw, and holds UW school records in the weight throw and discus.  He held the school record in the shot put until it was broken in 2013 by Mason Finley.  A four-time Mountain West champion, he won all-conference honors eight times.  He was awarded the MW’s Most Outstanding Male Performer at the 2000 MW Indoor Championships after winning both the 35-pound weight throw and the shot put. In 2009, he was honored by the Mountain West Conference as a member of the All-Decade Track & Field team. Gervais transferred to Wyoming after competing at Central Arizona College, where he was the junior college national champion in the discus and runner-up in the hammer throw.  A native of Timmins, Ontario, Gervais represented Canada in the discus at the 2000 Sydney Olympics.  He also competed in the Canadian Championships, the World University Games, and the Pan Am Games.  He majored in Business Administration at UW. 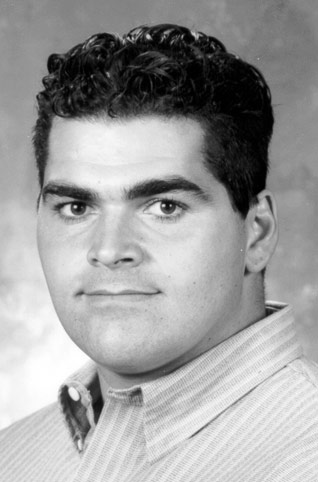