Jack Aggers, a 1950 graduate of the University of Wyoming and native of Thermopolis, served his alma mater for 26 years as the head athletic trainer. Aggers spent eight successful years as a high school basketball coach in Cody and Worland, posting a record of 106-93, before returning to UW in 1958. During his tenure, Aggers worked for seven different head football coaches through four different decades. During his career, Aggers served as a guest trainer for the Canadian Football League, the host trainer for the 1965 NCAA Wrestling Championships, and the trainer for the 1979 U.S. Olympic Basketball Development team that toured Europe. In 1983, Aggers was Inducted into the National Athletic Trainers Association Hall of Fame. Aggers retired from the University of Wyoming in 1984. Aggers was given the prestigious White Hat Award by the Cowboy Joe Club. 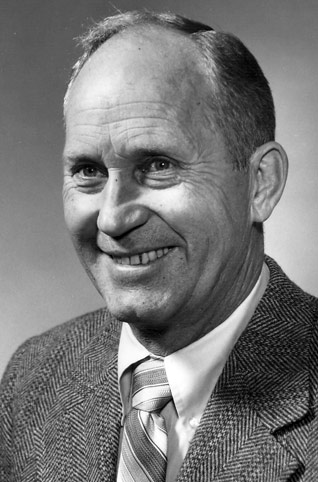