A three-time All-Western Athletic Conference honoree, Harry Hall scored 1,596 points in 83 games as a three-year starter for the Cowboys. Hall’s scoring average of 19.2 points per game ties him with Leon Clark for fourth-best all-time at Wyoming. A native of Harvey, Ill., he was a two-time first-team all-WAC selection in 1968 and 1969 at his natural position of guard and earned second-team all-WAC honors while playing an undersized forward in 1967. He was the first player in the WAC to earn all-conference honors at two positions. Only 6’2”, but with a knack for rebounding, Hall collected 550 boards in his UW career averaging 6.6 per game. He still ranks 9th on UW’s all-time list for points scored, 10th in field goals made (582), and 7th in free throws made (471). He led the Cowboys in scoring in 1966-67 and 1967-68. Coached by Bill Strannigan, Hall’s teams played in the post-season each of his three years and won two WAC championships. In 1967, Wyoming played UCLA with Lew Alcindor (now Kareem Abdul-Jabbar) in the first round of the NCAA tournament and Hall scored 19 points in the loss. The Cowboys then played UTEP in the consolation round and Hall scored 21 points in a two-point defeat. In 1968 and 1969, Wyoming participated in the NIT tournament, losing both times in the first round. 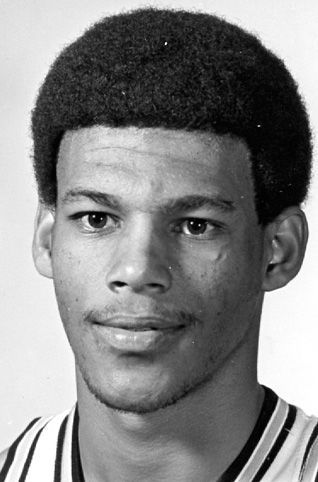