All-American George “Moe” Radovich led his team to tremendous success during his years as a Cowboy. In 1952, he led the Cowboys to the second round of the NCAA tournament, scoring 13 points in the first game and 18 points in the second. For his performance, he was named the Most Valuable Player for the West Regional NCAA Tournament. The two time All-Skyline Conference player was a UPI All-American his senior year. He was selected to play on the All-America team that played the Harlem Globetrotters touring the country. He was also selected to play for the 1952 All-Star team which played the world champion Minnesota Lakers. Following his success wearing the brown and gold, Radovich played professionally for the Philadelphia Warriors for a year before entering the Army. He returned to the Cowboy State as head coach of the UW men’s basketball team in 1974. 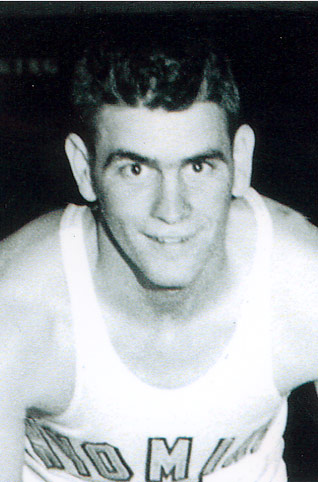