A 2001 First-Team All-Mountain West selection, Hearn is the only Cowboy to play in three NCAA Regional Tournaments (1999-2001).  He shot the sixth-lowest round in UW history with a 66 (-6) at the ISU Bengal Invite in 2000, and holds the second-lowest single-season stroke average of 72.40 in 1999-2000.  He won two tournaments (CSU Ram Invite and the Rocky Mountain Intercollegiate) and finished 2nd in two others (Rocky Mountain Intercollegiate and Idaho State Invitational) during his college career and lettered all four years.  He finished in the top 10 of 18 tournaments during his career.  He finished in the final 16 of the 1999 UW Amateur.  He was one of only 12 individuals to earn All-District 7 honors from the Golf Coaches Association of America in 1999. A UW graduate with a degree in Psychology, Hearn has been a successful golfer on the PGA Tour for the last several years. 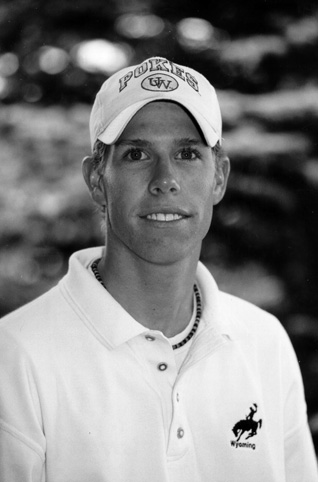